I'm back, baby! And now I'm a Kindergarten Mom!

Remember me? I took a 2 month hiatus because I work in academia and for me August and September are the most stressful months of the whole year (although January is also a contender). But the insanity of the start of school is starting to abate and I have time to think my own thoughts once again. Huzzah!

This fall was also the start of school for a somebody else special. My daughter Kaylee started Spanish Immersion Kindergarten! (OMG, when did I get old enough to have a kindergartener?!?) She's at our local public school, which just happens to have this amazing Spanish immersion option. She's already learned so much Spanish in the last few weeks. And I am learning so many things about being the mother of a kindergartener. Here are some of my less favorite lessons... 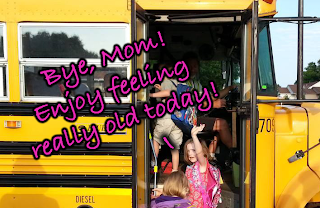 What did you learn during the start of this new school year?
Published Monday, September 30, 2013
Email ThisBlogThis!Share to TwitterShare to FacebookShare to Pinterest