I am not the Thought Monkey. Or maybe I am, in a way. The Thought Monkey is the personification of my anxieties. Right now he's assuring me that I'm both extra crazy, and that I'm not special so shut up about it. So writing this post is hard. I keep starting over or shuffling sentences around. So if it doesn't make any sense, or if I say a bunch of stuff later that contradicts something here, that's why. 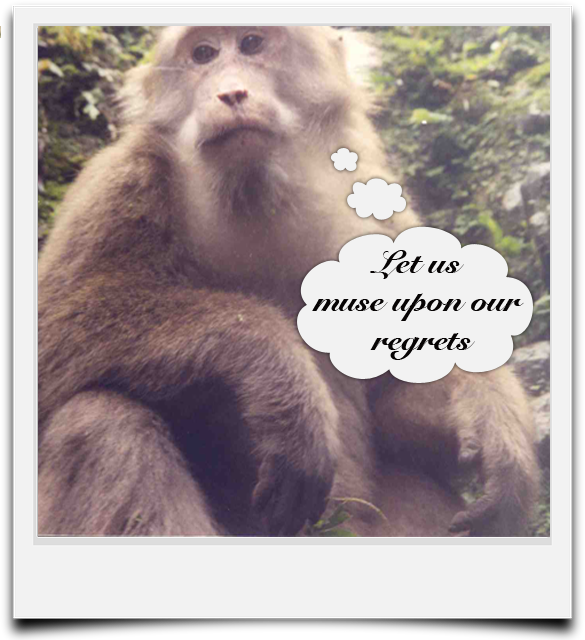 Let's start at the beginning. I've always been a shy, awkward, and dare I say weird girl. I am an obsessor, always have been as far as I know. I will find a thing, good or bad, and roll it over in my head over and over. I guess everybody has their little obsessions. And there are a ton of shy kids out there. I don't know. What I do know is that "weirdo" and "freak" were labels I happily accepted as a teenager. When most girls were into the Backstreet Boys, I was in to Star Wars. And when I got in trouble and my Star Wars posters were taken away from me, I felt like the world had collapsed, and the only thing left to do was to write depressing poetry about it.

I had on and off issues with anxiety and depression for a long time. Depression and anxiety go hand in hand, like two best friends who like to corner a third person and make them feel like shit. Anyway, I was just your average anxiety/depression story with some obsessive behavior thrown in for good measure. I didn't have a name for the Thought Monkey then, it was just the voice of self-doubt, guilt, and/or internal drama.

Then I got a really bad concussion. That's when my brain took the nose dive from normal don't-worry-it-runs-in-the-family crazy, to scary crazy. That's when the thought monkey started to get lounder and louder. It was bad. Really, really bad. I was angry all the time, mostly at my husband, but my road rage was also pretty epic. While I was being an ass to other people I also was being an ass to myself. I wasn't eating, I was down to a size 0 and still wondering if I could get smaller. In my head *I* was doing everything right, *I* was kicking ass. I judged the crap out of everybody I saw. My marriage was going through the shitter though, I wasn't sleeping well, and just the thought of changing my habits would give me panic attacks. So I guess I knew something was wrong, but I fought the idea that it was me.

Then my husband finally got me to see somebody. Turns out, my anxiety disorder had been basically given steroids and I was diagnosed with OCD ("severe" OCD if you believe that one shrink) and we started the dance of trying to find that perfect balance of meds. We're still figuring it out. But the best advice I got was to personify the negative thoughts and use that as a tool to get rid of them. My doctor wrote me a note, which I still have.

Be sassy to the thought monkey.


Words to live by. Or to blog by. In any case, life is much better now. It'll probably never be perfect, but at least now I have the tools to help me handle the hard days, and I'm still learning. Some day I'll tell you the hilarious story about why diet pills and anxiety disorders don't mix. It's a doosey. But for now this post has already gotten long enough.
Published Thursday, March 21, 2013
Email ThisBlogThis!Share to TwitterShare to FacebookShare to Pinterest