Instead of a regular post, I decided today I'd take a story Kaylee made up and illustrait it for you. She's a weird girl. Also super awesome and kick-ass.

Once upon a time there was a new born baby. It looked evil. 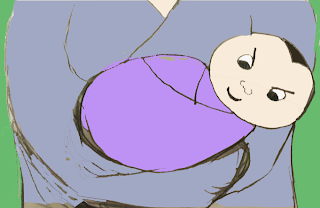 They took the baby out and she bit somebody’s finger. 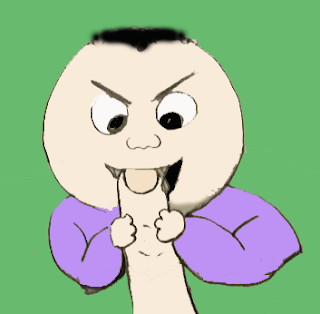 She had a cradle. After she did sleep at night and she saw the grownups were still sleeping, 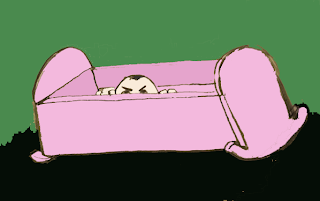 she went over, crawled on the bed and bited their nose. And then on the mom she bited the eyes. 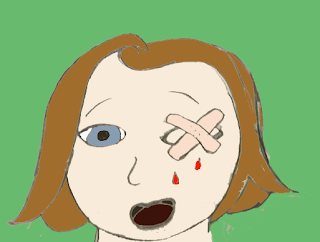 They both woke up and shouted “baby!” and they threw the baby out the window out and into the lake. 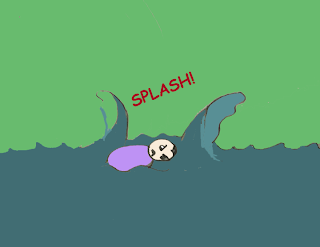 They lived on and island right on a lake and they threw the baby right into the water. 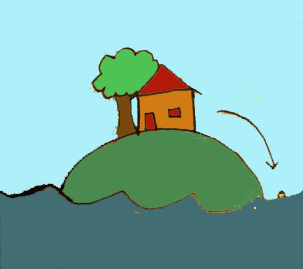 But the baby was a good swimmer. 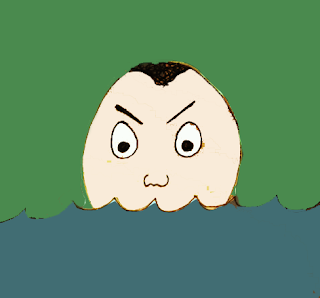 Then one night, when she wasn’t a baby anymore and she was a big girl, she turned into a vampire. 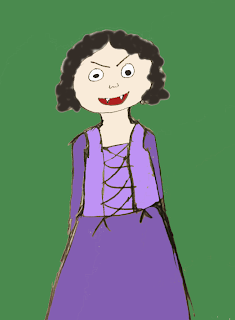 She creeped out of the tower and saw babies sleeping and stealed them. And kept them in the tower. Then she sucked their blood. 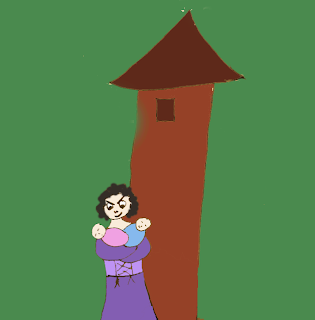 After she sucked all the blood out of the babies. She would go get more. 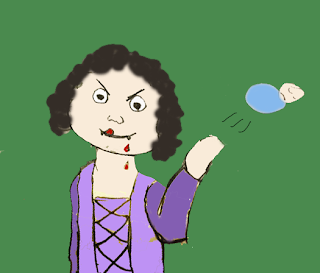 Then end.
Published Friday, April 12, 2013
Email ThisBlogThis!Share to TwitterShare to FacebookShare to Pinterest