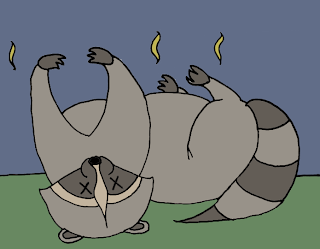 (oops I totally forgot about the A to Z swearing challenge. Raccoons are real dick sucking elephant fuckers aren't they? Bam.)
Published Monday, May 06, 2013
Email ThisBlogThis!Share to TwitterShare to FacebookShare to Pinterest