Youthful ambitions: I was gonna be famous!

When I was younger I wanted to make it in Hollywood! After I discovered my love for Star Wars, I discovered a love for film and I began to set my sights on becoming a famous movie director and producer. I was never the acting type (in my last attempt to audition for a school play, I was cast as a mouse in Cinderella, not one of the cool talking mice, one that scurried around and then turned into a horse), but everything "behind-the-scenes" seemed fascinating and magical. Sets, camera angles, special effects, shooting on-location, editing, it all dazzled me. I took my first video editing class in junior high, where we learned to edit on the tape-to-tape VHS editing machine. I LOVED that machine. I could spend hours and hours on it. Even seeing one now makes my heart flutter. 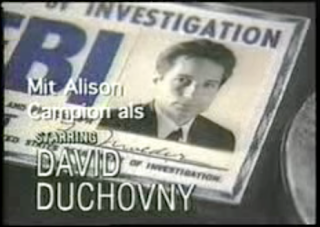 My first "movie" was Godzilla X-Files. Yeah, you read that right. We spliced together footage of ourselves, episodes of The X-Files, and old Godzilla movies, then re-dubbed it with our own dialogue. (nerd alert! nerd alert!). Later we made it longer and dubbed it into German for my high school German honors project (seriously NERD. ALERT.) and for some odd reason that's the only copy I have. It is fabulous. I'd share it with you, but YouTube is being a punk ass and not letting it upload because it "may have content that is owned or licensed by FOX". We also dubbed several episodes of Fushigi Yuugi into German. Yeah, that's anime. I don't even need to tell you how nerdy that was...

In college I graduated away from VHS tapes and moved on to iMovie and Final Cut Pro. I may have majored in Asian Studies, but I still had a love for film. Now I work at a college IT department and as part of my job I get to teach students how to make videos for their classes (including for German class! How life comes full circle!). It's super fun.

I wish I had time to make more of my own productions. I did make a series of videos for the hockey team I coach, which I hope to expand on for next season. Maybe I'll make a film version of Kaylee's Story with the kids this summer, that would be so much fun... Anyhow, as you can clearly see, I totally nerd out on this stuff. So even though I'm no hollywood director, my youthful ambitions still have a place in my life. And I think that's pretty omanko-lickin' cool.

(For some reason the banner hates me, but I was inspired for this post by the Finish the Sentence Friday blog hop. What did YOU want to do when you were younger?)

Published Friday, May 17, 2013
Email ThisBlogThis!Share to TwitterShare to FacebookShare to Pinterest