Imagining the Worst is the Best!

Part of having an anxiety disorder—at least for me—is an extreme talent for imagining the worst-case scenarios in ridiculously vivid detail. Ever heard the old cliché where the kid comes home after curfew and then mom screaming, "where were you?! I was afraid you were lying in a ditch somewhere!" Amature hour, man. Try this on for size...

I started getting worried about one minute past your ETA. The later it got, the most specific the fear. I knew you hadn't slept well last night. I could just see you, squinting into the light of the oncoming traffic as you drove across highway 19, your head starting to nod. Maybe you would veer into the opposite lane, running head-first into a semi and die on impact, or maybe they'd blow their horn just in time and you'd overcorrect and roll your car into a ditch, where you'd hang upsidedown bleeding and alone in the dark for hours. No, I'd remind myself those are all so terrible, have faith that your luck won't be so bad. Perhaps you nod off, your foot will slip off the gas and you'll trundle down into the ditch, still asleep but ultimately unharmed. Yes, that is the best-case scenario and most likely explains why you're now five whole minutes late.  Maybe you'll awake in a few hours or be found and woken up by some helpful citizen. Hopefully not a rapist or murder, of course. I hope you'll think to call me then, but I could understand if you were overwhelmed—you need to get your car out of that ditch and all. But that's probably all wrong. Maybe the reason you're now an alarming seven minutes late means you're not planning to come home at all. You've run away, skipped town, called a friend in California and are halfway through Nabraska by now. Oh, why would you run away? I can think of a few dozen reasons of course—oh wait. You're home. Ten minutes late! I nearly died of fright, young lady, how could you do that to me?

That was just spitballing of course. In a real panic, there would be more cycling back and rehashing and doubt and it wouldn't be as easy to articulate. But you get the idea.

So why is this the best?

It's fantastic practice for creative writing! If I can take that slightly less than exuberant greeting and spin it into a person hating me, or turn a hangover into raging covid-19, or a creaking sound in the night to child traffickers coming for my kids... then I can also create characters with colorful lives and deep back-stories and wide-ranging emotions. I can give them a task to complete and then take them on a journey through all the pitfalls and failures as well as triumphs. It's fun. And exhausting. And sometimes I think maybe the writing then becomes practice for the anxiety. Like a workout for the Thought Monkey. Sometimes when I shut my computer I forget to shut off my imagination so it feeds even more stories to my anxious brain.  And that's how I end up taking a twenty-minute shower because I'm practicing for an argument I'll probably never have. But that's okay... *nervous laughter* Right?

In all seriousness, I wondered if there is a link between the way the brains of writers work and those with anxiety disorders (or other mental illnesses). So I googled it. Low and behold, it seems that there is. I haven't dug deep, I have other things I should be doing, but I do find it fascinating and I'd love to hear from people who see this link in themselves. I'm also hella curious about the role/effect of medication and other mind-altering substances (booze!) on our creative anxious brains.

As an aside, I was a speaker on a panel at CONvergence 2019 called Depression, Anxiety, and the Creative Life. So it seems like this should have occurred to me before but at the time I think I was coming at the topic from a different angle (anxiety/depression as an impediment mostly) so even if I did entertain the idea, it didn't hit me quite like it has now. Maybe it was mentioned and I forgot. Honestly, the biggest thing I got from that panel was a really awesome new friend and a little bit of confidence that I can be funny in front of an audience, even as I'm shaking with nerves.

I'm not quite sure how to wrap up this post... I could remind you that my book is coming out at the end of this month and I hope you buy it, read it, and love it even half as much as I do. 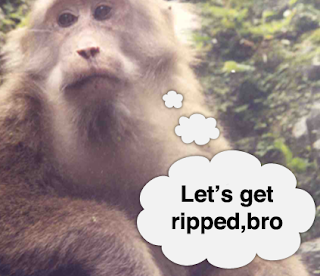